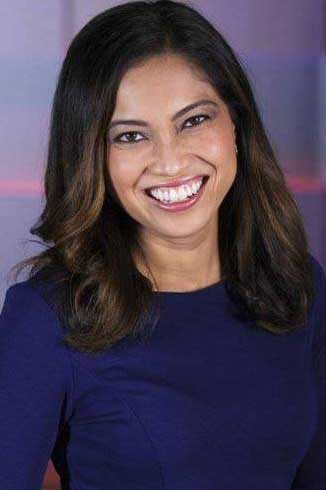 Poerstel previously served as the Henrico beat reporter for WWBT/NBC12 in Richmond.

Ashley Poerstel has held positions as a reporter, anchor and producer at TV news stations in Hawaii, Maryland and Virginia. She is also a former sprinter who competed in NCAA Division I track and field at the University of Hawaii at Manoa. Poerstel is originally from San Jose, California, and currently resides in Richmond with her spouse and three daughters.

Where did you grow up? Can you tell us a little about your educational journey?

I grew up in San Jose, California. I was a 200m/400m sprinter in high school and received a full-ride scholarship to run track at the University of Hawaii at Manoa. I balanced being a student/athlete at an NCAA Division I school and majored in journalism. Upon graduation, I got my first job as part-time producer/assignment desk manager at KHNL (now Hawaii New Now) in Honolulu. A couple years later, I got a job as a multimedia journalist at WHAG (now WDVM) in Hagerstown, Maryland, and then as a multimedia journalist at WWBT/NBC12 in Richmond. I started as a morning reporter and later became the Henrico beat reporter for a little over six years. During that time I covered two presidential inaugurations, the Washington Navy Yard shooting in 2013, several natural disasters, the violence in Charlottesville in 2017 and countless other stories and investigations. I started teaching at VCU as an adjunct in January 2019.

When did you first fall in love with your field of study? What made you decide to work in academia?

What attracted you to VCU? What are you most excited about in regards to VCU and Richmond?

I have a lot of respect for VCU's journalism program at the Robertson School.

Can you talk a little about your teaching philosophy? What do you most like about teaching?

I love that I can teach things like how to interview or put together a news story and my students will actually put together a story that semester. They apply what they learn in the classroom.

Can you tell us either a quirky fact about yourself or some of your hobbies?

I love to surf. I have been surfing since I was 18 and have hit many spots in Hawaii, California, and up and down the East Coast. I have even surfed while pregnant.